The Latin Music Research and Preservation Grants program offers four grants annually to music institutions, nonprofit organizations, musicologists, and researchers around the world who are enhancing and preserving Latin music heritage, with a value of up to $5,000 each, to support research and preservation efforts of Latin music genres around the world. To date, the Latin GRAMMY Cultural Foundation has awarded 32 grants, with a combined value of $155,000, to researchers, musicologists and institutions whose projects focus on historical research, music anthropology and the documentation of Latin folklore traditions.

Promoting results of scholarly research and documenting and preserving information about Latin music genres should be the main focus of the projects and results must be available to the general public at no cost. 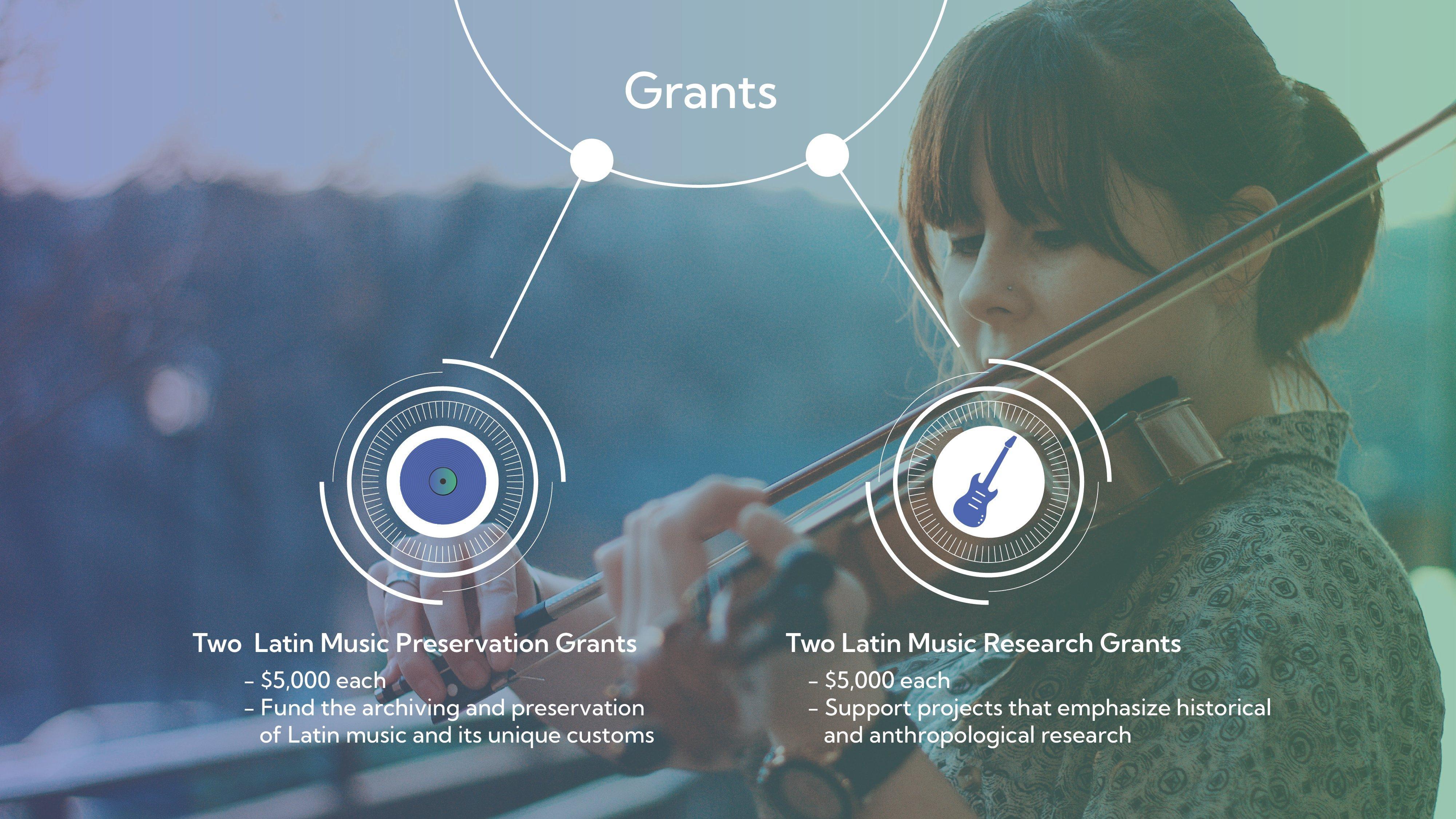 APPLICATION PROCESS FOR THE 2023 LATIN MUSIC RESEARCH AND PRESERVATION PROGRAM

The application process will start on September 13, 2022. All applications are due November 20, 2022, 11:59 p.m. EST. Applications that are late, incomplete or not within the guidelines, will not be reviewed. The award selection will be made through a competitive process guided by experts of the Grant Committee of the Latin GRAMMY Cultural Foundation according to Foundation policies. All applicants will be notified by email the first week of February 2023 with the results. Winners will be also announced the first week of February 2023 on this page. Good luck to all applicants!

To review the guidelines and apply for a grant please click on the links below:

The 2023 Grant application process is closed. All applicants will be notified the first week of February 2023 with the results. Good luck to all applicants!

Manuel García - “Bullerengue (An Afro-Colombian Tradition in The Atlantic Coast)”

The project produced and published a series of teaching materials to promote the Latin community and general music knowledge of the Afro-Colombian tradition based on original recordings of artist Petrona Martínez. Presented in New York by composer, researcher and music producer Manuel Garcia-Orozco, the project consists of three academic papers, three Internet tutorial videos, and a digital application.

Machado's project, "Projeto Acervo das Tradições" focused on preserving and cataloging the cultural traditions of Afro-Brazilians, Afro-Amerindians, Caipiras and the Caiçaras of the southeast and northeast regions of Brazil through photographs and videos that are archived on a free digital platform.

Judy Cantor-Navas, an American writer and music curator living in Spain. For her project, Panart Records: Sello discográfico que capturó la música cubana y la trajo al mundo, Cantor-Navas will reconstruct and document, in precise detail, the history of Panart Records. She will document the complete discography, artist list, and the stories behind the music recorded during the golden age of Cuban music during the 1940s to the 1950s; demonstrating the importance of Panart Records' place within Cuba’s cultural patrimony and the history of Latin music.

Her project "Aporte a la recuperación de la diversidad del joropo llanero" explored, recorded and distributed approximately 50 golpes, two thirds of which are very rarely practiced today, and created an easily accessed web source containing educational videos with instrumental music and texts about historic aspects. Access to the results of the research and the performances are completely public as well as free of charge to guarantee the widest possible distribution at the national and international levels. In addition, this plurality is propagated among advanced cuatristas through musical workshops in Caracas that seek to encourage the broadening of the repertoire through the diffusion of six "golpes raros."

Project consists of a series of podcasts based on the life and musical career of candombe star Hugo "Cheché" Santos. The series reflects on the challenges, difficulties and successes in his professional career, and contributes to the preservation of Afro-Uruguayan culture, as well as research. The podcasts seek to connect candombe with a regional and global audience, and they discuss the actions and challenges of this musical movement.